Born in Liverpool, England in 1924, I did not have a happy home for my early childhood. Things seemed to get worse with the advent of the second world war when I was fifteen. But along with the misery the war brought, it brought my salvation in a ticket out of my Liverpool home and into the Women’s Land Army as Land Girl. Instituted to train women for working on the land, and to replace all the men missing from England’s farms who were off fighting in the war, it enabled me to train for farm work, and to leave Liverpool for the countryside.

And so it was, a physically ill young girl, who was unhappy in her circumstances got the advantage of training, and physically demanding work in a rural environment. My experience was the making of me. As reflected in the subtitle of my memoir, these were the happiest years of my early life.

In Land Girls, I tell my story of how I became a Land Girl and my life on the farms that I worked on, in particular, Marshall in the Trough of Bowland. But I also tell of how this wonderful experience that I had set me up for the rest of my life. It helped me get a good job back in Liverpool when I finished my service. It was in Liverpool too that I met my husband John Flann, getting married in 1955. After marriage and starting a family – we were blessed with two fine sons, Christopher and Nicholas – I used much of housekeeping experience learned at Marshaw to look after my family. I would often tell them stories of time as a Land Girl, but it was an experience that was simply part of me, it no longer defined me.

Marshaw – The Trough of Bowland

And so I went to Marshaw, passing through Abbeystead on the way, but this time it was different. END_OF_DOCUMENT_TOKEN_TO_BE_REPLACED

This episode I recall with little pleasure.

Having sorted out things at home, and as matters got no better in future years in dealing with them I always thought of myself as the juggler spinning plates, I went off to Holt Hall Farm. It was on the easterly outskirts of Liverpool at Gateacre, and for its day quite large, carrying a dairy herd of over 50 milking cows supplying milk locally. Holt Farm also had  pasture  and arable land of a considerable acreage. There were  no dogs,  sheep, pigs or hens. END_OF_DOCUMENT_TOKEN_TO_BE_REPLACED 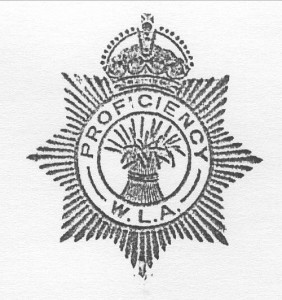 One of my proudest moments that I offer here in this Land Girls memoir was nearly 70 years ago when as a young girl I was presented to HM Queen Elizabeth for my services in the Women’s Land Army (WLA). Why, because I had volunteered as a “Land Girl” at the outbreak of World War II in 1939, did well, and served until 1946. END_OF_DOCUMENT_TOKEN_TO_BE_REPLACED