This is a highly skilled task and I was given the chance to try my hand, I was rather timid at the beginning but once I had got the hang of it, it was another very satisfying feeling to have the fleece off with the minimum effort and in the quickest time. Many more were waiting to be shorn. 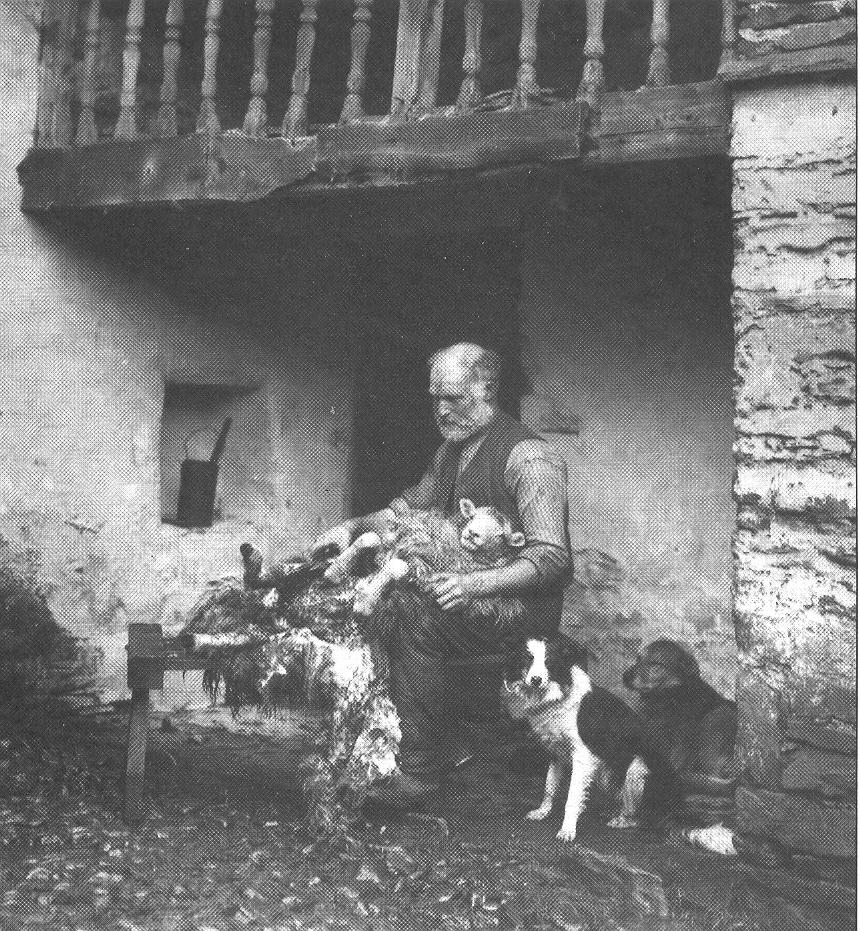 A shepherd clipping a sheep using the clipping bench, with his dogs by his side.

The fleeces were then collected, cleaned of the hay and dirt that could be seen and then rolled into a bundle taking two twists from the neck to make a thread to tie around it, and packed into big sacks for collection by the wool merchant. For a change this work made my hands soft from the lanolin in the wool. When clipped the ewes were taken back to a nearby field where they were joined by the yearlings. We marked them with a coloured dye to show to which farm they belonged.