The horses were great Shires, powerful but gentle draft horses, brown with white faces and shanks and heavily feathered legs. From the beginnings of my land girl career I had always enjoyed working with them for I could talk to them and I think they listened to what I had to say, working the better for it. It was a pleasure to go into their stalls first thing, which were warm in the winter from their body heat, and let them out into the yard to drink from the trough where they would then stand patiently. I could then muck out the stall, put fresh hay and nuts in their bins and clean straw on the floor. The horses then went back for their “breakfast.” 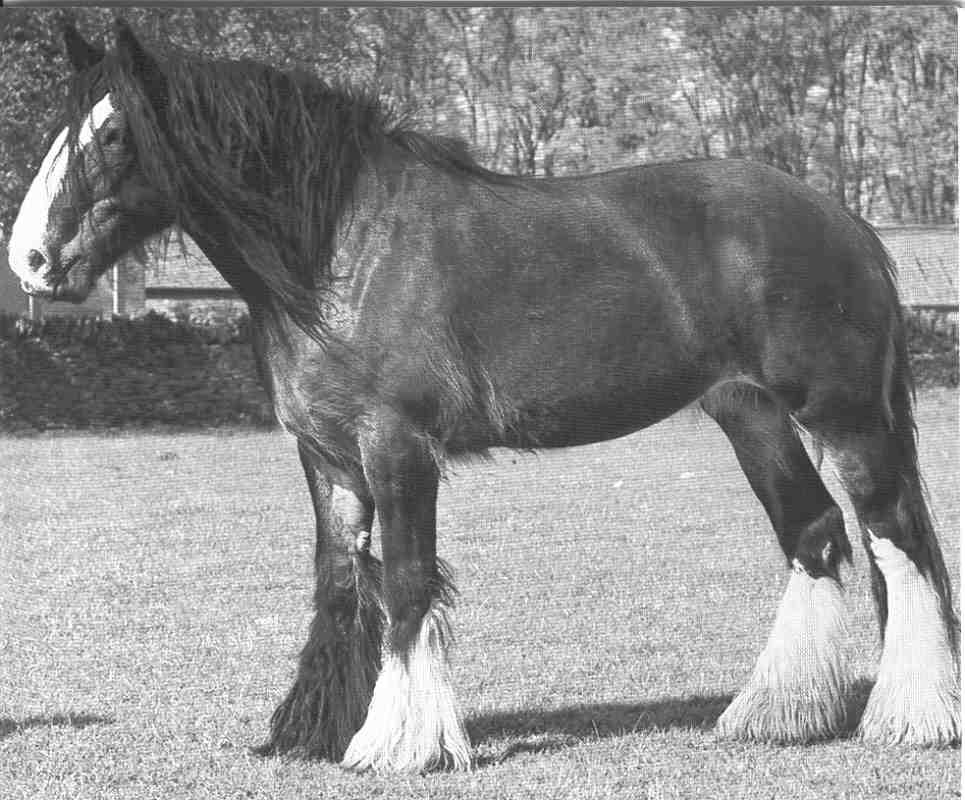 A Shire mare, the stallions were larger and of a heavier build

After providing for the horses, it was breakfast for me too then back to them for first grooming and putting on their working collars, harness and gear. When work was done for the day the procedure was reversed. In winter they would go happily into their stalls and be content. In summer they would go out into the meadows, roll on their backs and gamble about. It was a strange sight to see of such dignified animals. On summer mornings when I went to collect them to start work for the day they were invariably on the far side of the field, so I would take a bucket with some grain in it; that caught their attention but even so then catching their bridle to lead them back was sometimes difficult. The longer it took the later I was with starting work. They of course did not mind. All the horses were good tempered except for “Bella”, a white one. She would squeeze you in her stall against the sides, and when leading her by the bridle she would bite. I got to know how to handle her, but was glad when after many complaints she was sold and we got in her place a more tractable horse with which I soon made friends.