Another distraction was the “pupils” that Mr John took for a fee to “learn” about farming. Back in the 1940s this practice was common. Young men were articled to professional men such as solicitors, surveyors, accountants and the like to learn by practical and theoretical teaching. Mr. John was no exception as a professional farmer, he regular took on young men to teach them farming. His pupils were often “young gentlemen” from moneyed parents as the fees were substantial, and often not suited to the work at all. Some pupils brought a superior attitude and because of it Edward would give them the dirtiest and hardest jobs to show what real farming took. I didn’t mind that at all for otherwise I would have had to do them. Some however were very pleasant and had the right attitude. They were a nice change from the ordinary and untutored farm workers, and brought a touch of the cosmopolitan city.

One other was that the army would come into the neighborhood for exercises, it was, of course, wartime but they were a nuisance frightening the sheep and cattle, breaking down walls and driving vehicles over the pastures and ploughed fields. The officers would expect hospitality from Mr and Mrs John and the men would want to engage me in chat. I didn’t have time for that.

All this and other things apart I did, of course work long hours. In winter I was up at 6am well before dawn and earlier still in summer. And rarely was I done by 6pm, with other tasks required after that. It also meant I was glad to get to bed and usually there by 9pm. On winter’s evenings Veronica and I often played cards by oil lamp, poker mostly, with Mr John and John Atkinson who lived in. We did unaccompanied by sound or video as radio was uncommon and TVs had not been invented. Its possible we had a battery powered radio later, I don’t recall.

Working days we all ate in the stone floored kitchen with the men, still in our working gear, but Sundays we changed into our better clothes and ate with Mr & Mrs Drinkall in the dining room with a specially laid table. This was a very nice change from the everyday working meals through the week. But even Sundays the work of the farm still had to go on such as the milking, feeding the horses, cattle hens and pigs, and keeping an eye on the sheep. 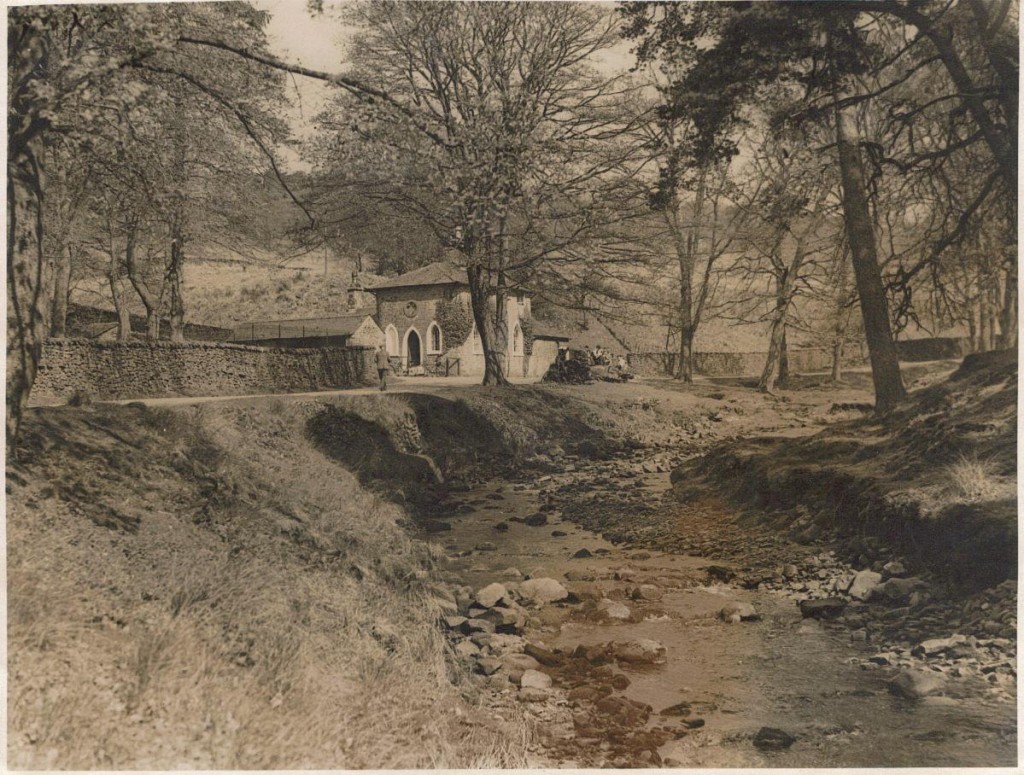 Lancaster Lodge, Abbeystead sat next the fledgling River Wyre.
It was the home of Hubert and Ally Mc Cutcheon. He was the head gamekeeper, and I was often invited to their home of an evening.