Grandmother Catherine had numerous brothers and sisters, my great uncles and aunts. Of them, her brother Peter, the eldest, on his fathers death ran the family grocery business. John joined the priesthood of the Catholic Church and excelled, becoming a Monsignor and serving as Dean of the Holy Rota at the Vatican. Miles was a doctor with the White Star shipping line, and on leaving this position practiced in Bootle and Middlesborough. Anselm became a priest at the English Roman Catholic College at Douai in France. 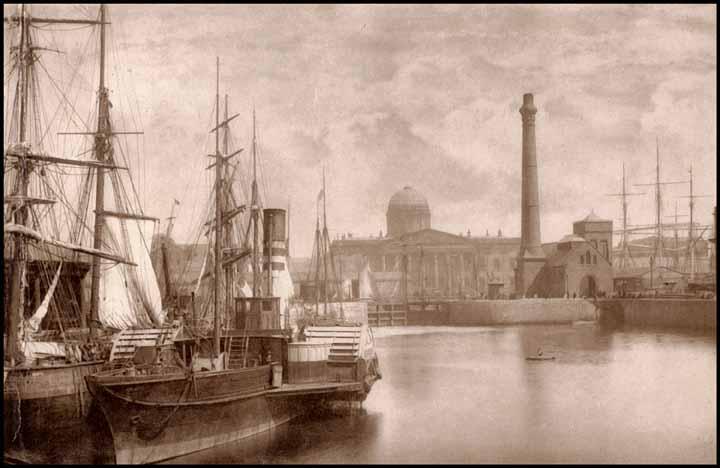 The Customs House, Liverpool, circa 1925

A high standard of living prevailed in such a family of a prosperous Victorian tradesman, and servants did all the work. Grandmother Catherine brought this expectation with her to marriage and did little else but run the household. She continued her practice after husband Michael died in 1916, and through the years of her widowhood. Mother was brought up in this Catholic home and had a good education, but nothing practical was taught her in the way of managing a home, cooking or meeting the needs of a husband and family. Father was brought up in an ordinary home, and had a sound basic education.