The antecedents of the Sullivans, who were also Catholic, are clear. Grandfather Michael was born in 1857, Mahoonagh, County Limerick, Ireland. He entered the Customs Service as a young man, and eventually became the Collector of Customs in Liverpool. With this post came a good income. Grandmother Catherine, was born in 1865 and her father Felix, born in 1827 was from Ballinamore, County Leitrim, Ireland.He came to England in 1849 and first resided in the Cleveland district of County Durham. At Stockton he married a Mary McNally. After marriage he started in business as a grocer and provision dealer in Darlington, County Durham. His business thrived and he became a prosperous and well regarded man, taking an interest in local and civic affairs. He was mayor of Darlington in the late 1800’s. For a Catholic in those days this was no mean achievement. He died in 1899 with wife Mary having died three years earlier. 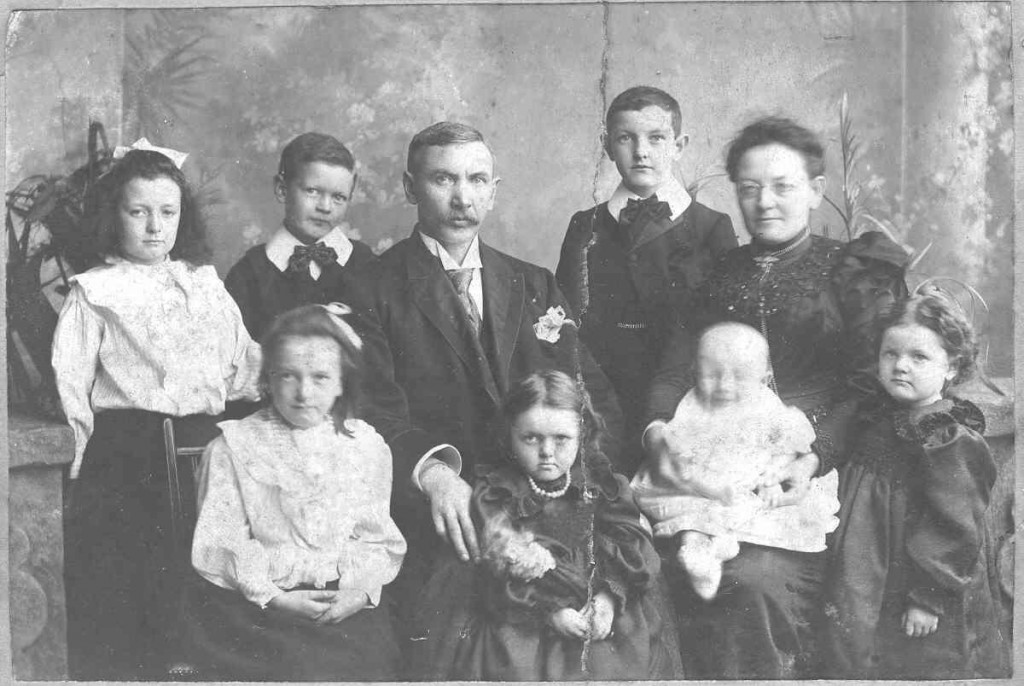 At the time of the marriage of Michael and Catherine in Darlington in 1886 grandfather Michael was serving as a customs officer in Middlesborough, he then served in Hull were John, Mary, Myles and Kate were born until around 1892, when he was transferred to Liverpool. They then lived in Egremont, Cheshire on the other side of the Mersey where mother Eileen, Monica and James were born. Next the Sullivan family moved to West Derby, Liverpool where Leo and Joseph were born. Of the nine children Myles aged 26 was killed in WW1 serving as a rifleman in the Liverpool Regiment in France, Kate died at the early age of 23, as did Leo aged 5 and Joseph at 18. Grandfather died at the early age of 59.