Sundays when I could get the time off I went to Mass. At first I rode my bicycle to a Cistercian Monastery near Dolphinholme where sometimes I was the only other person attending apart from the monks. I was not too keen on this, nor I think were the monks entirely comfortable with my presence. So then I went to St Hubert’s, the small Catholic Church east through the wild country to Dunsop Bridge. 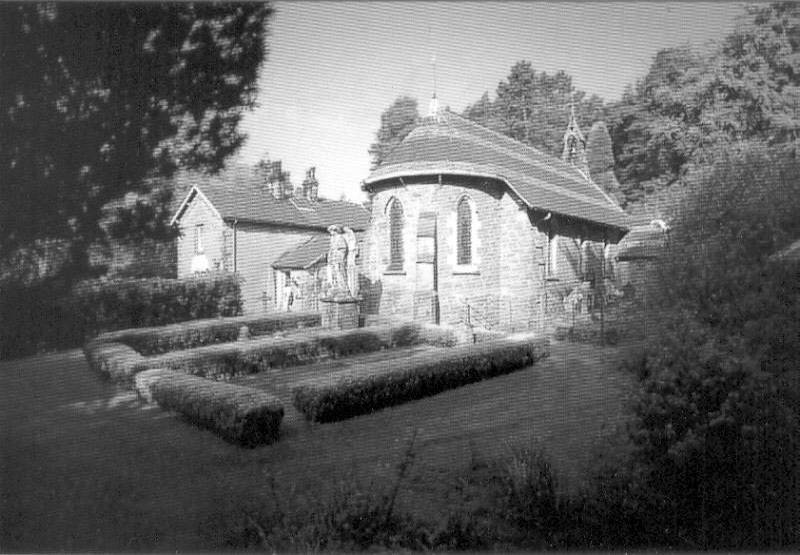 Too far to cycle, about 11 miles, Mr Kidd used to let me ride the white horse. On this I rode bareback for there was no saddle. It was a lovely ride on my own, first towards Abbeystead and then on into the Trough of Bowland. On this ride, I first became aware of Marshaw, the pre-eminent hill farm in the district with its large flock of sheep, and on which later I was to spend so many happy years. For my route took me by it, and I became acquainted with those who lived and worked there, as on being hailed I would stop, let the horse have a drink and I would chat. Through this I got to know the farmer, Mr John Drinkall and the farm manager his brother Edward and others who worked there, an acquaintance later to stand me in good stead.

I can’t remember exactly now how long I spent at Lower Greenbank Farm, but it probably for about 18 months and more, through several seasons. However through all my happiness as a successful Land Girl I was receiving continual, plaintive and entreating letters as well as requests for money that I had little of from my mother to return to Liverpool. Elder sister Eileen, of course, had left and was well away, Dad’s health remained far from good, and my brother John was still a young boy. And Liverpool was being blitzed.