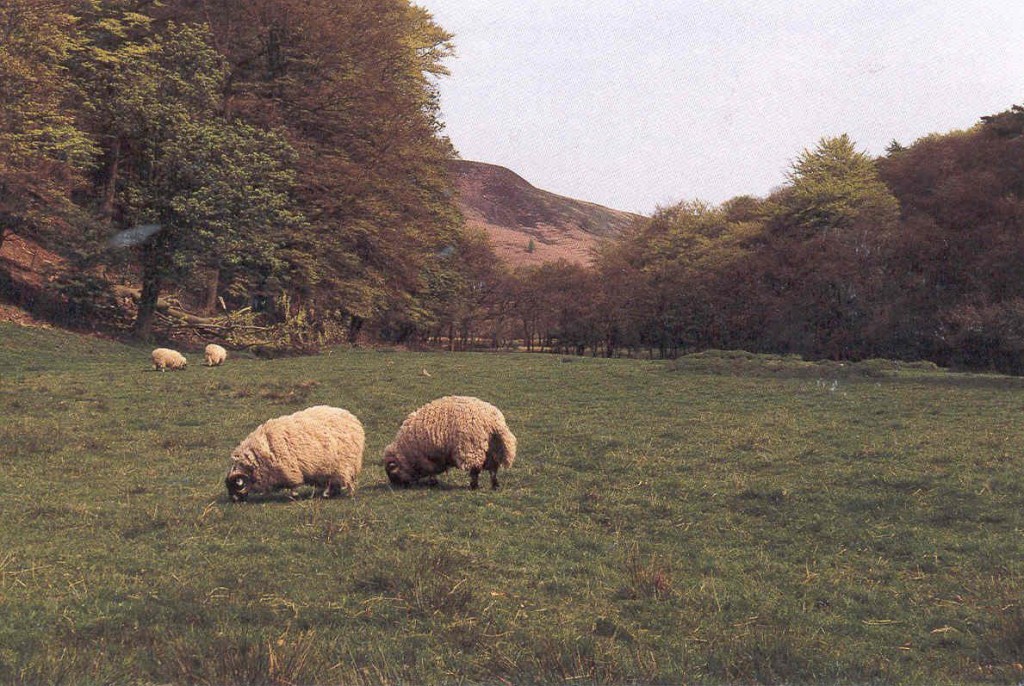 We had a few sheep at Lower Greenbank Farm, but I was too see a lot more when I got back to Marshaw in the Trough of Bowland in third assignment as a Land Girl.

Mr Kidd also had a small flock of sheep that were kept on the slopes of the fell across the road. This was my first experience with them. With so few the work was not so intense, as it later became when I had moved to Marshaw, but it was work enough and under Mr Kidd’s tutelage I soon learnt what to do. But what I do recall about them was that first snowy winter at Lower Greenbank Farm having to dig the sheep out, the ones that were buried.

We also had a few pigs, and I dealt a lot with them. I liked the pigs, they are very intelligent animals. And when one was killed, I stayed well away. Fresh pork, home cured bacon, and home made black pudding I enjoyed, but I tried to forget the individual I was eating. 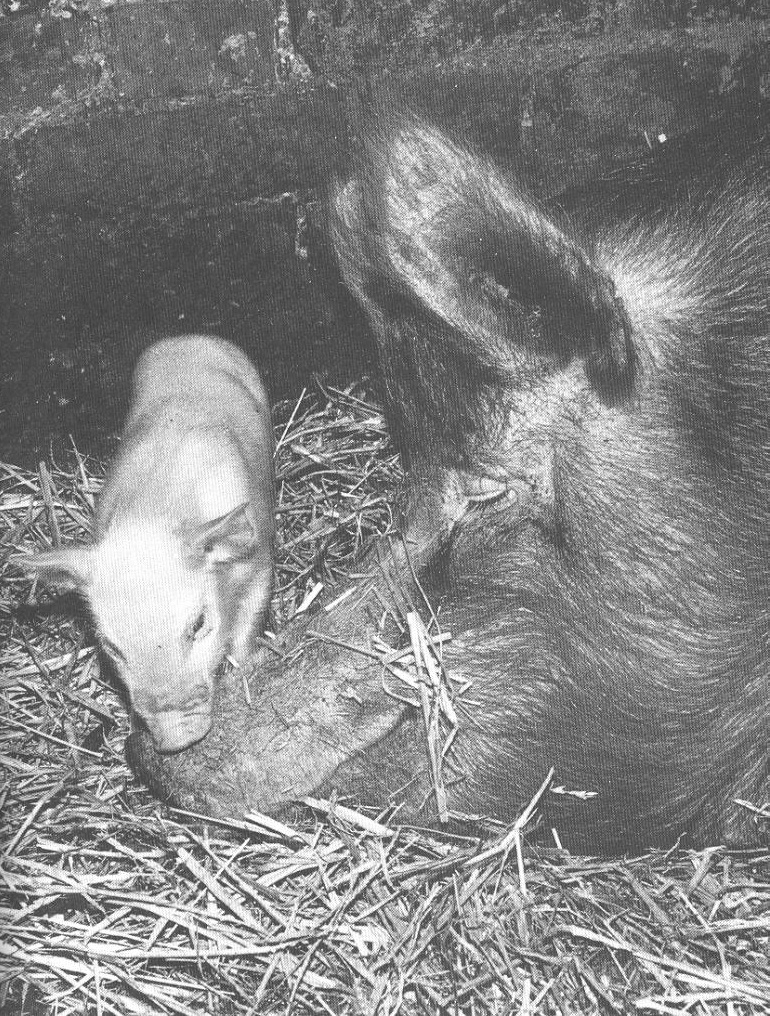 Sows are very good mothers to their piglets.

Three working dogs were housed in barrels in the yard and fed porridge and scraps from the table in their own heavy metal food dish. Often I would take one with me going round the hens, getting the cows in, and dealing with the sheep. I liked their company. In the barns were several cats that were always about at milking time, licking up any spilt milk. These were fairly wild, wary of any approach, and always having litters of kittens, similarly wild little things that you could not pet. None of the dogs or cats were permitted in the house.