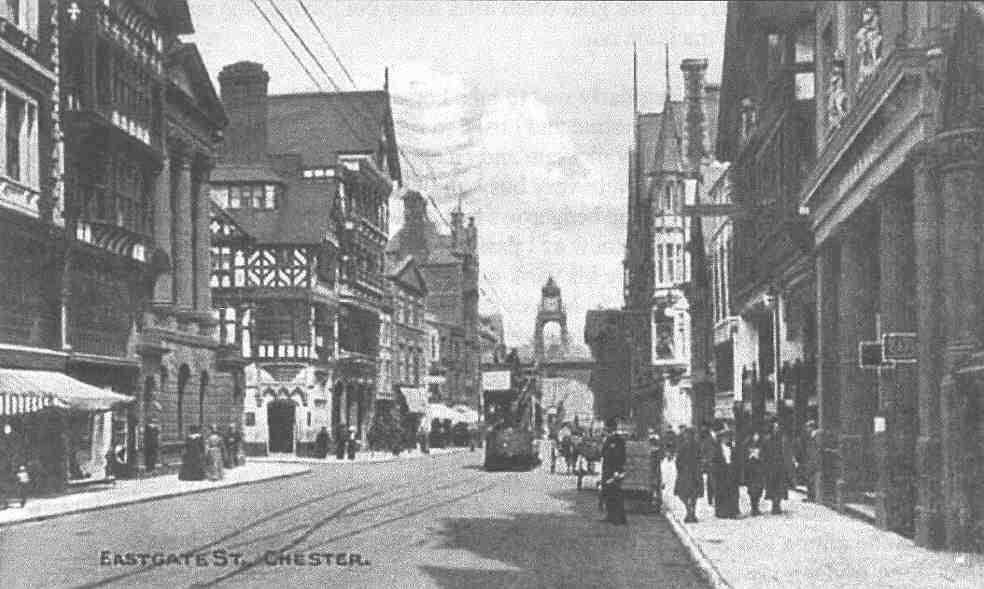 Eastgate Street Chester, circa early 1900’s, looking toward the East Gate. The jewelers shop was in the building standing proud to the right next the Gate.

Arnside is a delightful small village set on the wide reaches of Morecambe Bay where the River Kent flows into it. Across the estuary was Grange-over-Sands and beyond the rising fells and mountains of the Lake District and further to the east those of the Yorkshire Dales. In those days Saturday was a working day, so we met after work and had a meal at a very nice small bistro type restaurant in Tithebarn Street, walked from there to Liverpool Exchange station and caught the train to Arnside, journeying north through Lancaster and Carnforth. We used trains frequently for our travels for two reasons, neither of us owned a car as it the cost after the war was prohibitive for the average person, and John as he worked for British Rail was entitled to reduced fares.

At Arnside again we walked the few hundred yards to the “Crown Hotel”, an old public house set just above the road along the front and facing out over the estuary where we took rooms, and in those days due decorum was observed, our rooms were separate rooms, lest any one wonder. 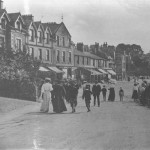 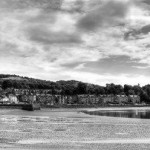 Arnside, from the estuary.