Despite my unusual recruitment I was well received at the bank except for a few exceptions and occasions of jealousy from my female superiors – because, I think, of Mr Verity’s interest. I was classified as a management trainee, and dispatched around the various departments of the bank at Head Office to learn the ropes in each department. I think the long term plan was to groom me for development of the agricultural side of their banking business, where my background would have been useful. The department that I recall in particular was the Trustee Department administering wills and estates, the members of which resembled the recently departed in affect, people that I did not enjoy. Here, however I was to meet Maureen Dempster and Jean Pope both of whom have remained life long friends. Moving on I was then to find my niche in the Foreign Department under its manager Mr. Wetherall, who was something of a character who rose in the bank’s hierarchy to a very senior position. He placed me with a Mr Armstong in one of the subsidiary sections to whom I became a trusted assistant. 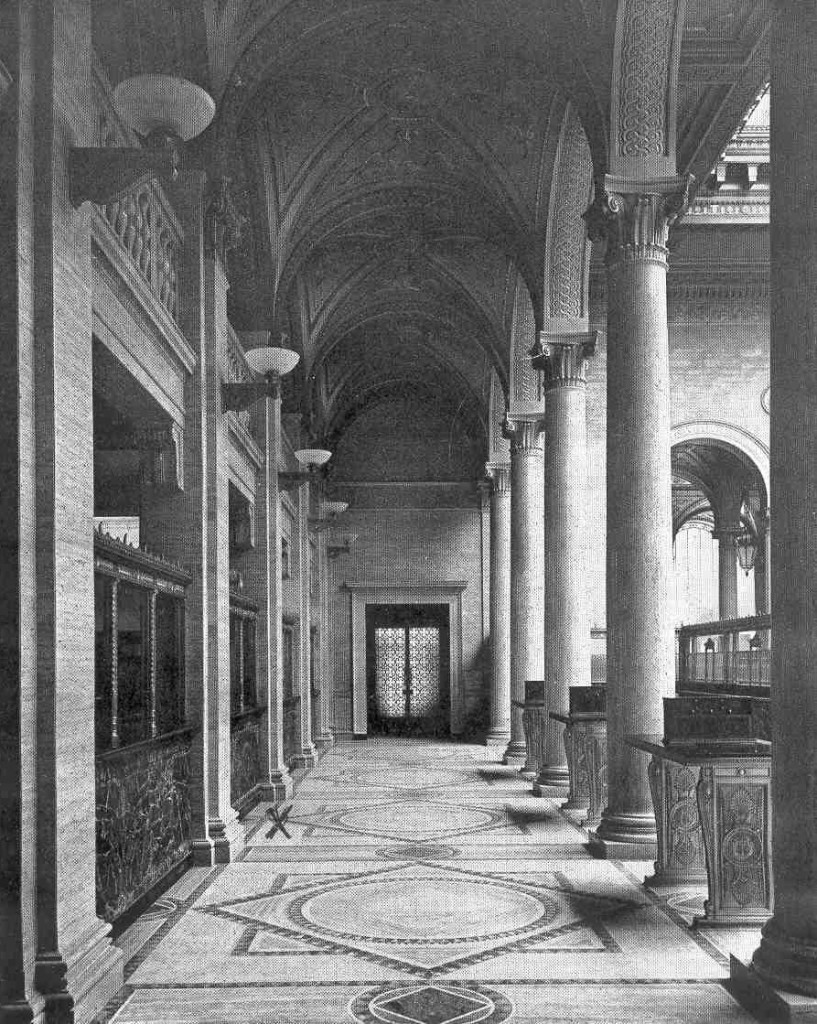 The main banking hall of Martins Bank, the Foreign Branch was to the left where marked “x”.