My Job Improves My Life at Home

This new job enabled me to put a little money aside after I had paid my parents bills, and with it I decorated the room I had at Ramilies Road, hung curtains and bought my own furniture. It was my retreat from the realities of life in the rest of the house. Unfortunately my job with Mr Gee came suddenly to an end when he had a heart attack and died. He was elderly, and dentists in those days did all their work standing and the mortality rate amongst them was high.

Loss of My Dental Job, but it Finds me a Banking Job

So what to do: The answer came from an unexpected source, one of Mr Gee’s patients that I had attended was a Mr Verity. He was the Chief General Manager of Martins Bank – an old Liverpool bank that is now part of Barclays – whose head office stood at the end of Castle Street in Water Street, hence his use of Mr. Gee’s services. Surprisingly to me he offered me a job with the bank. I said I knew nothing of banking, but his reply with complete assurance was to the effect that if I could go from farming to dentistry with such accomplishment, I could do the same with banking. Thus started a rewarding business experience, my new job in banking. 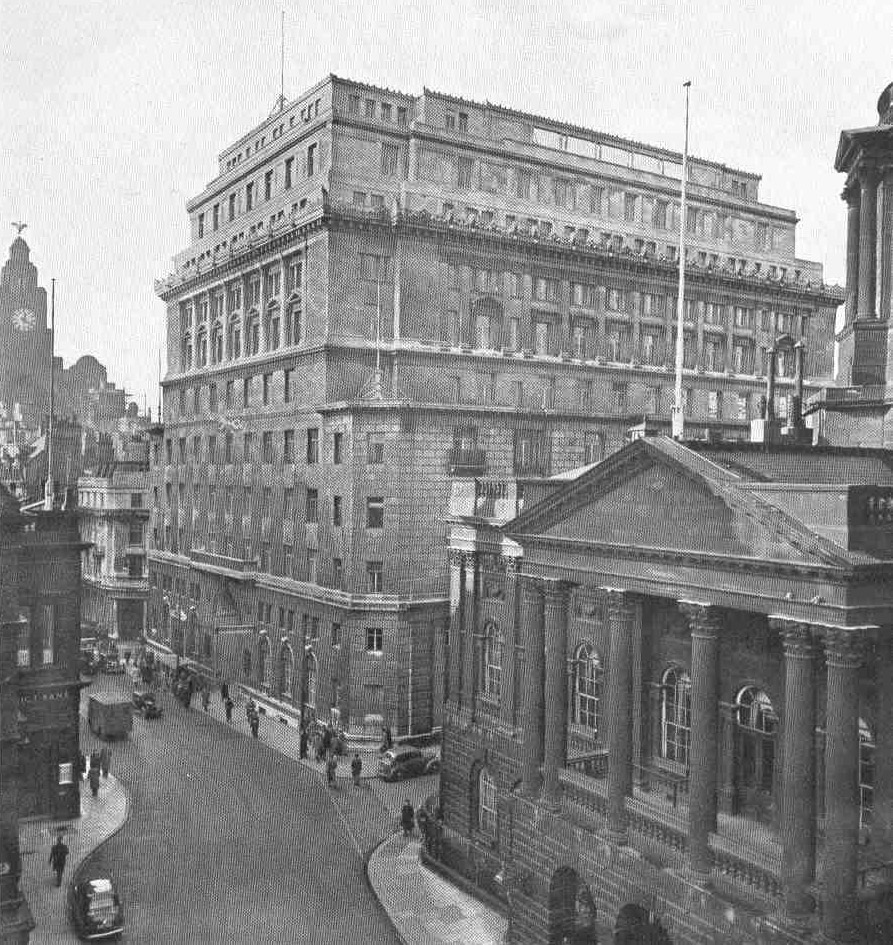 Martins Bank, Water Street, Liverpool.
Beyond to the left can be seen the Liver Building at the Pier Head and to the right at the head of Castle Street the Town Hall.